The KCE Bed provides not only the wellness side sleeping benefits, it also provides an embrace-like sensation as your back rests against the back section when it is elevated.  As the number of people who sleep alone increases KCE Bed is in more demand.

Since 1960’s the professional single demographic continues to grow:  https://www2.deloitte.com/us/en/insights/economy/behind-the-numbers/single-person-households-and-changing-american-family.html

Some text from the DeLoitte artcle linked above:

Single-person households in the United States are set to grow steadily over the next 15 years, which could have implications for several industries, ranging from housing to health care.

View the Behind the Numbers collection, a monthly series from Deloitte’s economists.

THE American household is very different from the idealized image of the nuclear family. Not only are children less likely to live with two opposite-sex parents, but many households are organized in non-traditional ways. One of the key changes is the increase in single-person households: adults living alone. At one time, this was considered very unusual. But it is becoming more normal, and may have profound implications for many businesses. To better understand this phenomenon, we have developed a simple forecast of the number and share of single-person households in the United States.

Single-person households have been rising steadily

Changing lifestyle trends and attitudes to marriage have impacted not only the size of households, but the nature of households as well. For example, between 1960 and 2014, the median age of first marriage rose to 29.3 years for men and 27.0 years for women from 22.8 years and 20.3 years, respectively.1 During this time, the share of single-person households in total households more than doubled to 27.7 percent and the average number of people per household fell to 2.54 from 3.33.2

* Enjoy the attached article published by healthline.com on the emotional and health benefits of spooning – the embrace effect: 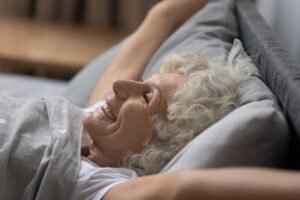